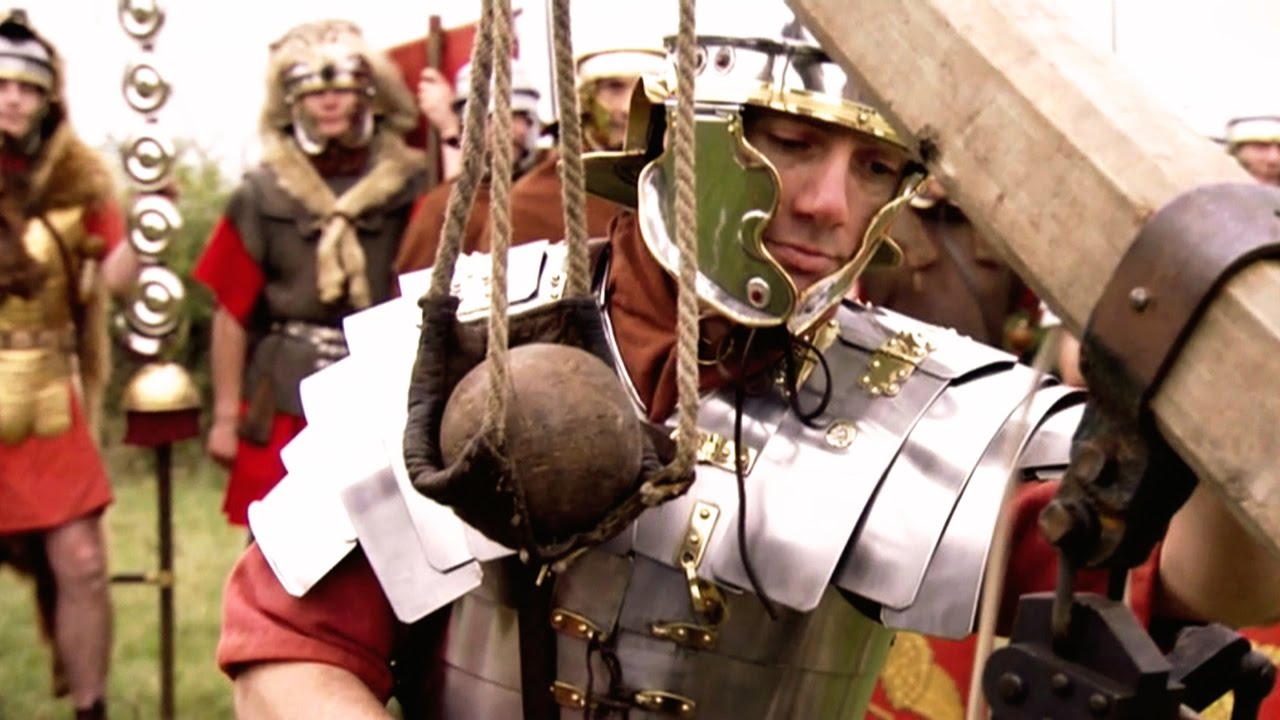 What did the Romans do for us?

They invented the modern world. Modern cities, modern warfare, modern living all first came together in ancient Rome. The Romans were the first superpower, controlling around a quarter of the world’s population. This film looks at how they used technology to hold together their empire. We see the ingenious pilum, a spear cleverly designed so that the enemy couldn’t throw it back; the scorpion, a bolt-firing weapon of war; and the rock-hurling ballista, the fore-runner of modern artillery.

We learn how they built their roads, the arteries of the empire that, put end to end, would stretch twice around the world. Roman cities, with their grid pattern, paved the way for the cities of today. They had hot baths, central heating, flushing toilets and double-glazing. They built apartment blocks 8 stories high, and to entertain their citizens built stunning buildings like the Pantheon and Colosseum (or Coliseum). But holding everything together at the heart of the Empire, was water. No city can survive without a supply of drinking water. Great aqueducts carried water into Rome from springs 11 miles away. When the planners of New York were building their water system, they travelled to Italy to copy the Romans. . 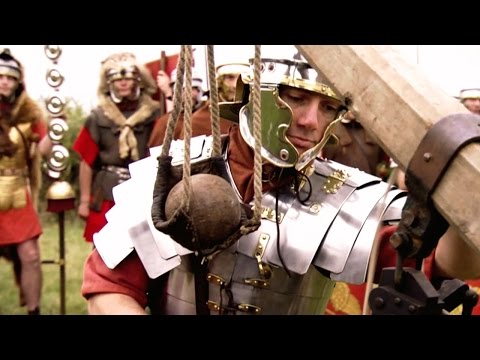